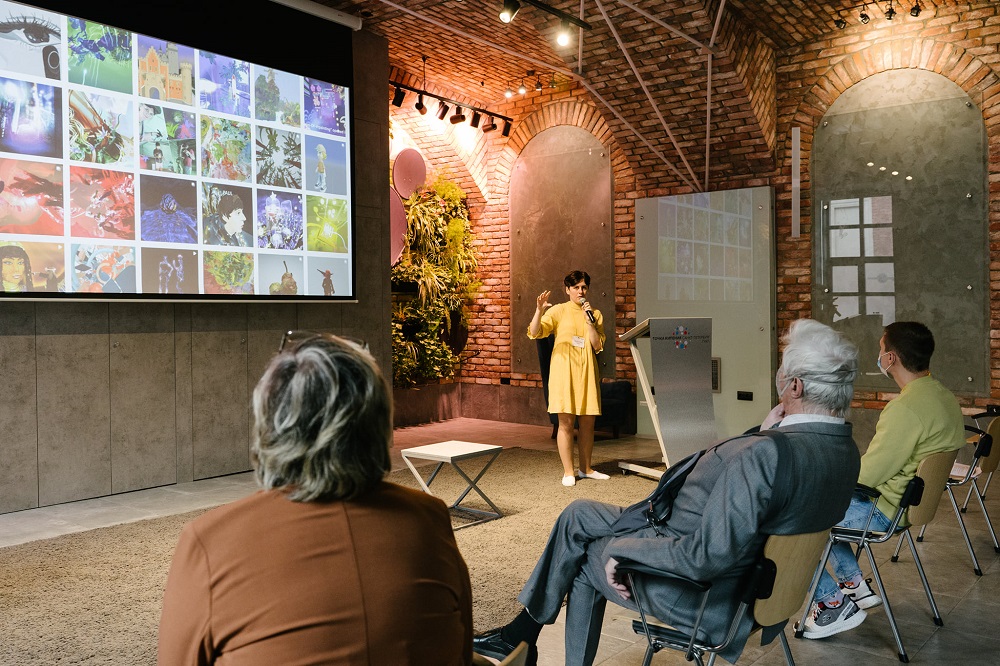 The International Conference of Augmented and Virtual Reality (AR / VR) Technologies in Creative Industries took place at the site of the creative space “The boiling point St. Petersburg. State University of Aerospace Instrumentation” on 14 August.

The conference was organised by our partner the Non-Commercial Partnership “European-Russian InnoPartnership” with the support of the Committee on IT and Communications and St. Petersburg State Unitary Enterprise “St. Petersburg Information and Analytical Center”.

The participants were greatly interested in the master class on the possibilities of using virtual and augmented reality for the preservation and development of cultural heritage, presented by experts Thomas Bremer and Arie Kai-Brown from the Hochschule für Technik und Wirtschaft - HTW Berlin University of Applied Sciences.

An official ceremony of awarding the winners of the Competition of Creative and Innovative VR/AR Projects was organized within the conference. Reshetova Olga Valentinovna, Deputy Chairman of the Committee on IT and Communication and Chairman of the Competition Jury, made a welcoming speech, congratulated the winners and presented valuable prizes that give the opportunity to the winners to continue their development in the field of innovations. Maria Kuzko, Executive Director of Non-Commercial Partnership “European-Russian InnoPartnership”, announced the winners of the competition and invited viewers to get acquainted with the best works of the contestants.

The event in this format became a platform for meetings with colleagues working in this industry, expanding the network of business contacts, finding clients and increasing the level of professional knowledge. Each participant was able to immerse himself in the world of virtual reality: walk around the virtual city, try the amusement rides in it, stroll around the 20th century Hermitage in the company of the famous Russian actor Konstantin Khabensky and play the legendary Soviet blockbuster game "Nu, pogodi! (Just you wait!)" but this time using a virtual reality helmet.

More than 200 online and offline participants  attended the event, among them:

In addition to lectures by the speakers, a demonstration zone was organised at the conference. This zone included the stands of virtual reality companies, CBC Programmes’ international projects presentation zone, showcases of game and non-game VR projects, as well as a stand with methodological manuals on immersive reality and the basics of entrepreneurship for the cultural and creative industries’ representatives.