EU Strategy for the Baltic Sea Region and Creative Ports 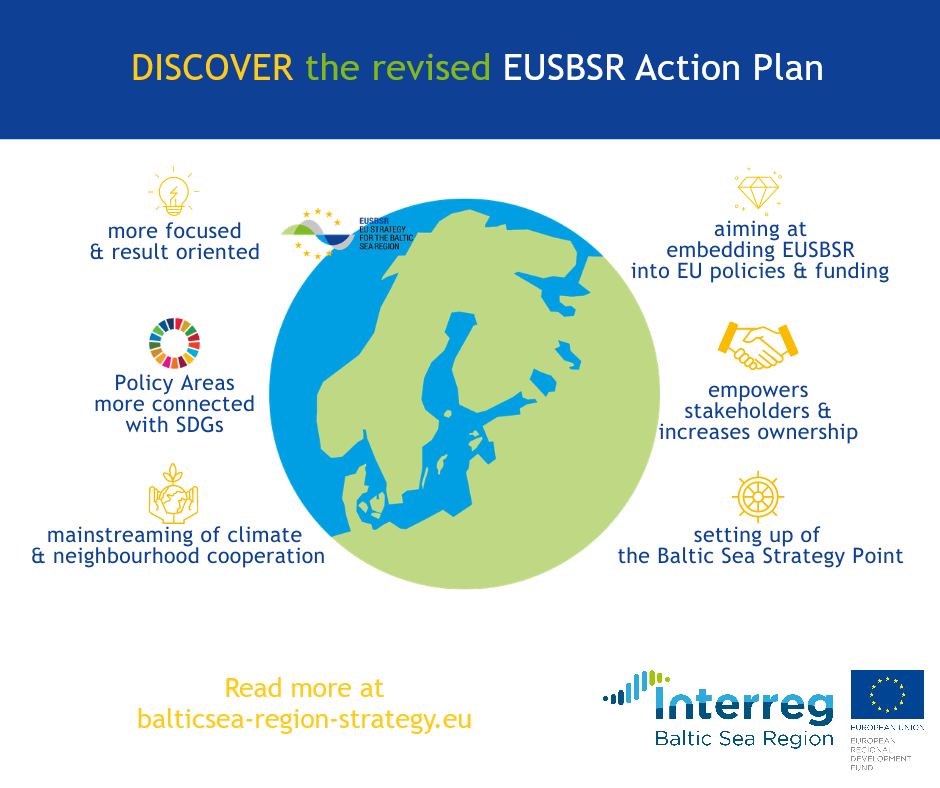 The EU freshly issued a revamp of its Strategy for the Baltic Sea Region (EUSBSR) in mid-February of this year.

What is the EUSBSR all about?

Read more on the details right from the source, but in a nutshell, it was the first ever macro-regional strategy in Europe designed to address major challenges through transnational, cross-sectoral, and multi-level cooperation of a wide range of actors. It is carried out by major stakeholders in the BSR, including the Baltic Sea’s EU member states and regional authorities as well as intergovernmental and non-governmental organizations. The first version of this pioneer of macro-regional strategies – there are now four in total in the EU – was approved by the European Council in 2009, following a call from the European Commission.

So, after 12 years (and right at the beginning of the new budgetary cycle of the EU), a major revision of the strategy – including simplification and streamlining as well as an update on the most pressing contemporary socioeconomic issues to be addressed – was due. As the press release of the European Commission states,

“[t]his new plan will strive for a green and digital transition, making best use of the #NextGenerationEU recovery package and aligning policies with the UN Sustainable Development Goals.”

This shall make us BSR citizens rejoice and look forward to a bright future, especially in such uncertain times.

The Culture and Creative Industries (CCI) in general and Creative Ports in particular fall under two of the three key challenges and objectives defined in the strategy: namely, “connecting the region” and “increasing prosperity”. What is more, the 14 so-called Policy Areas (PA) define a number of actions within their various realms; to this end, Creative Ports addresses Action 1 of the new strategy of the PA Culture: Promoting the Baltic Sea region cultural and creative industries, encouraging creative entrepreneurship. As such, the Creative Ports project has also been recognised as a flagship project of the EUSBSR. This status the not only demonstrates the project’s particular importance within the EUSBSR, but also brings visibility, support, and particular emphasis within the most relevant networks, as well as the responsibility for our project to make considerable impact in this area.

With this wind at our backs, we are going full speed in the final phase of Creative Ports towards our overall objective to boost the capacities of our target groups to internationalise and strengthen CCIs in the Baltic Sea Region.

If you haven’t already, come join us on this journey and bring this ship into safe and prosperous harbours in the wake of the most challenging of times.